Ocaya Jonathan Gerald: How the lockdown affected the youth

How the lockdown affected the youth 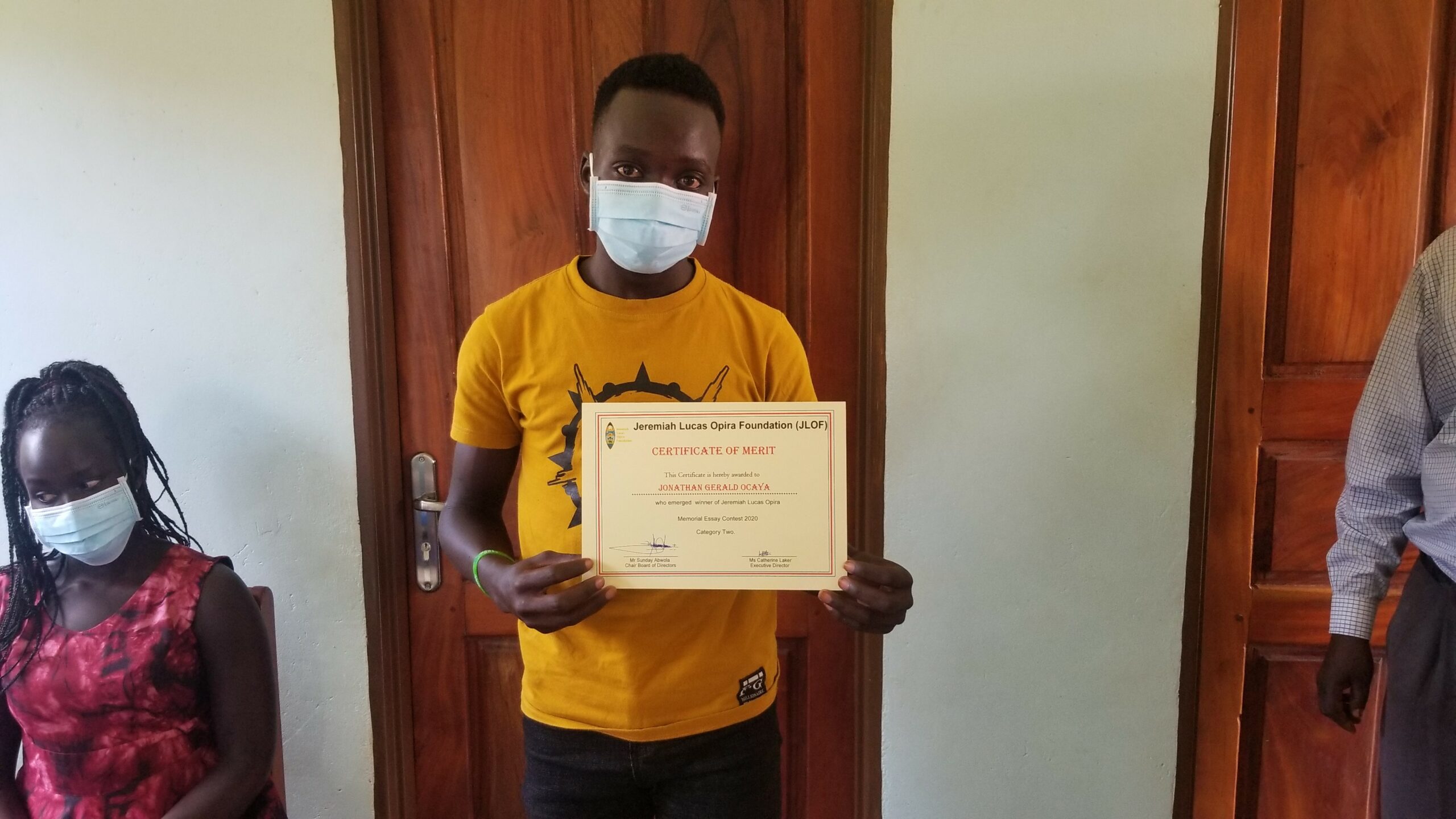 As a young male of such a tender age; and one who has been through this disastrous era of the pandemic, I guess I am more and well conversant with the youth life and how the Corona virus pandemic hit them in various corners of their lives. Perhaps this prompts me to elaborate on how it had effect on the youth and by this virtue they become my target group. However, these impacts on the youth are mainly social, economical, psychological and even academical amongst other; and these are all as explained below.

In various countries, there were lockdowns as one remedy to the spread of the virus and this meant no movements or even do daily jobs. So as some youths were employed, the pandemic rendered them jobless and unemployed and this saw off low economical standards. However, these jobs include driving, running various businesses amongst other.

So as a result of the lockdown, crime cases like theft, robbery, fraud amongst other began to escalate among the youth. These cases came about since the youth were home-ridden and unnecessary movement weren’t allowed. Young people had to resort to these habits in order to earn themselves a living.

To add on the above, so many youths were arrested and jailed in prisons for committing these crimes and this aspect of imprisonment had impact on their social life.

According to statistics, young girls of about 16 years of age attained pregnancy just after the country’s government declared lockdown and this all came about because of a breakage in the routine of a school time that keeps young girls focused and always occupied.

This pandemic lockdown that discouraged so much work and people congesting up together; most people had to stay at home and they with time became tired, bored and even idle since they had nothing to do.

The corona-virus itself affected many youth and this had negative impact on their health and social life since they were quarantined.

As a result of these infections, so many people lost their lives and this also had so many youths falling victims too which was very unfortunate.

Statistics in various countries shows very many people already affected and the infection is so rapid and this raised fear among the youth. Some false myths also cropped up in the population about the virus of which it further worsened the hearts of so many people.

False myths for example. The virus re-affects people who recovered and even the ones that recovered can transmit the virus; these out of many myths fuelled the element stigmatisation among the youths. The finger-point out those from quarantine and those that recovered and they tend to stay distant from them.

The lockdown period had been a long one and so many school-going youths both boys and girls became less interested in school. They might have tested life without school and some say they are well and feel good without it.

Many young people during the lockdown had already started to indulge in drug use and alcoholism. They find it as a leeway to try and overcome boredom and joblessness.

As a result of these people staying in the same place for such a long time, some of them got acquaintances and formed a chain of friends in that they had some small “clicks”; this is where they discuss with peers.

To top on the above, peers had influences in that some of them the bad ones misled their comrades into early sex and probably unprotected one which unfortunately the spread of STD’s increased in an escalating rate.

As a result of early unprotected sex, there were so many unwanted pregnancies in the community and the parent could even send them out to their husband’s places to even start their lives as young couples; they afterwards became teenage parents.

Due to low income standards most youths even those from school had to look for some sort of employment in order to meet their needs and necessities in life.

In summary, these impacts on the youth are mainly negative but a few and a handful were positive; most of these effects still spills over to 2021. However there’s a light at the end of the tunnel and by this there are ways or laid strategies that different stakeholders and including the youth can uphold to in order to cut down some or even all the effects that are negative; so then the way towards for these are as follows:

They are therefore encouraged to delay sex as a way of maintaining them in school so that they don’t fall victims of early parenthood amongst others.

In adverse cases where our bodily needs surpass our character, as in situations of sexual relationships that are unhealthy at times the young people are therefore advised to use family planning methods that even involve condom use and others.

According to statistics; in Uganda, some percentage of youths have HIV/AIDS and they are encouraged to have a positive life as well as those that are negative. Positive living involves abstaining from unsafe sex, getting rightful confirmation in current development in the medical and health sector in terms of ARVs and other contraceptives; living exemplarily is core for a positive life.

The government and the health ministry in conjunction are to acquire enough and effective corona-virus vaccines that are developed in some few countries around the globe.

They are therefore encouraged to clean the air about different myths and the whole of the pandemic issues that involve prevention and treatment; and this has been so vibrant and they have really done it perfectly.

They have then carried out massive sensation around the country about COVID-19 and they are to be done from time to time in order to keep it in mind for the uneducated youths and other people generally.

Parents are further challenged to keep their children busy at all time for example sending them to perform simple tasks in the garden that corresponds their ages. This therefore limits them and keeps them occupied to the extent they aren’t free to think of negative issues that destroys their future.

Parents are to take full charge and offer advice in a convenient manner so that the young people can learn something from them that helps them restructure their path in life. So many can change if parents put these advices and channel them with examples.

Finally, everyone is a victim and they ought to take full charge and care for their lives by following every standard operating procedures laid by the government to safeguard against COVID-19 and by passing time, it can go down and everything in country can get back to normal once more.