The Awards Ceremony for the Essay Contest 2021

The ceremony was attended by 38 people in total, of these, 30 were participants and the other 8, comprised of JLOFU staffs, JLOFU Board, Glory Special Needs and the Guest of honor.

During the ceremony, the winners, finalists and all the participants received their prizes.

The prizes were handed over by Ms Beatrice Apoko, The Inspector of Schools for Kitgum Municipality and Guest of honor, alongside Benson Aleng who represented JLOFU Board of Directors and Catherine Laker, JLOFU Executive Director.

In the middle of the ceremony short speeches were made to thank the participants for participating and encourage them to participate in future writing contests whenever opportunities appear.

Apoko, Guest of honor, while delivering her speech, urged the participants to show positive attitude towards these contests, and take them seriously.

The Municipal Inspector of Schools also advised the participants on different life skills, including proper decision making and being assertive among others.

She also counselled the participants to participate in these contests with the aim to excel than just completion.

Benson Aleng, JLOFU Board member, asked the participants to be ambassadors to the essay contest by spreading the news about the contest to their peers and people in their communities. He also encouraged them to return and participate in the next edition.

Some participants were also handed the opportunity to make speeches and this was entirely voluntary. Through their speeches, we had some interesting reactions and comments. Most of them were impressed. 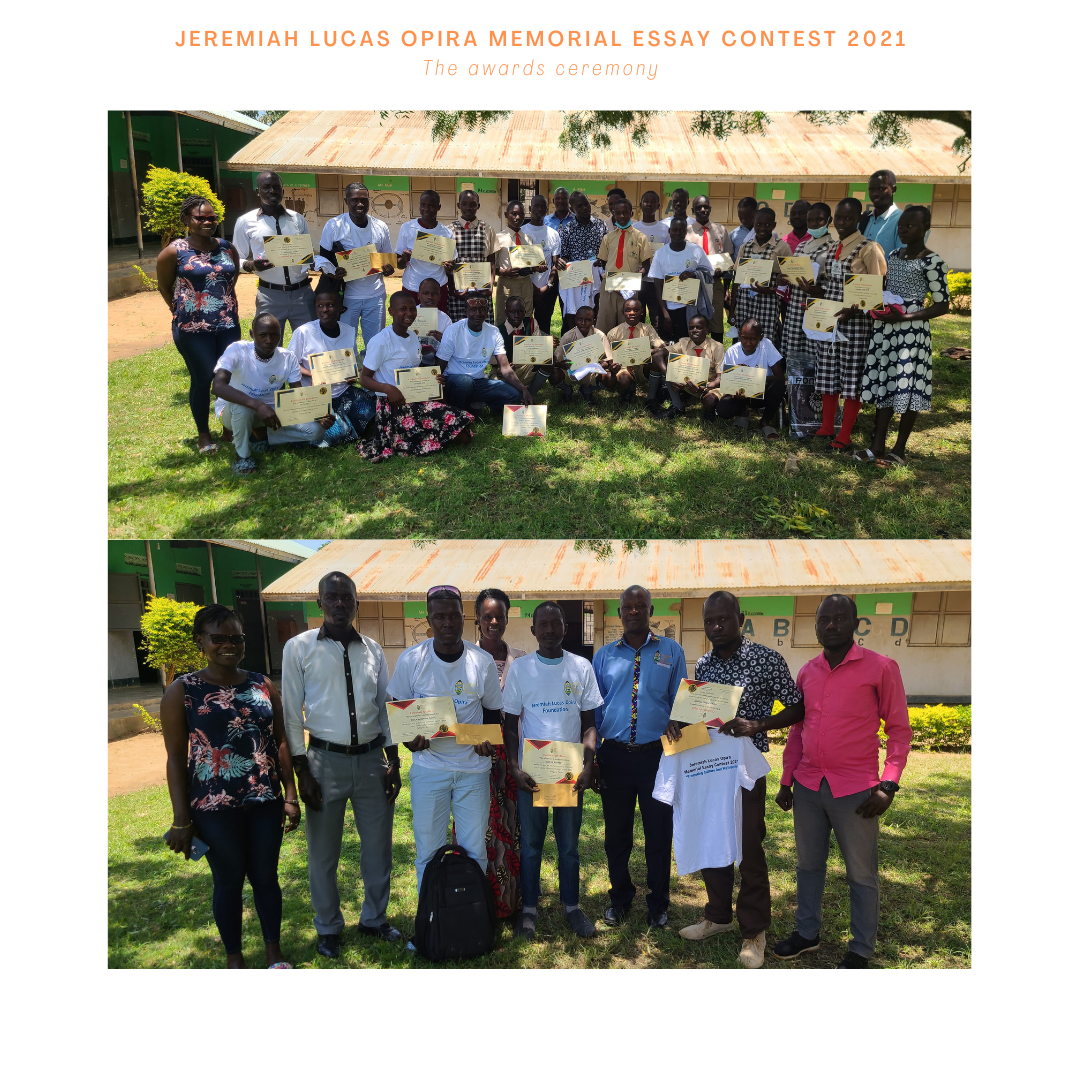 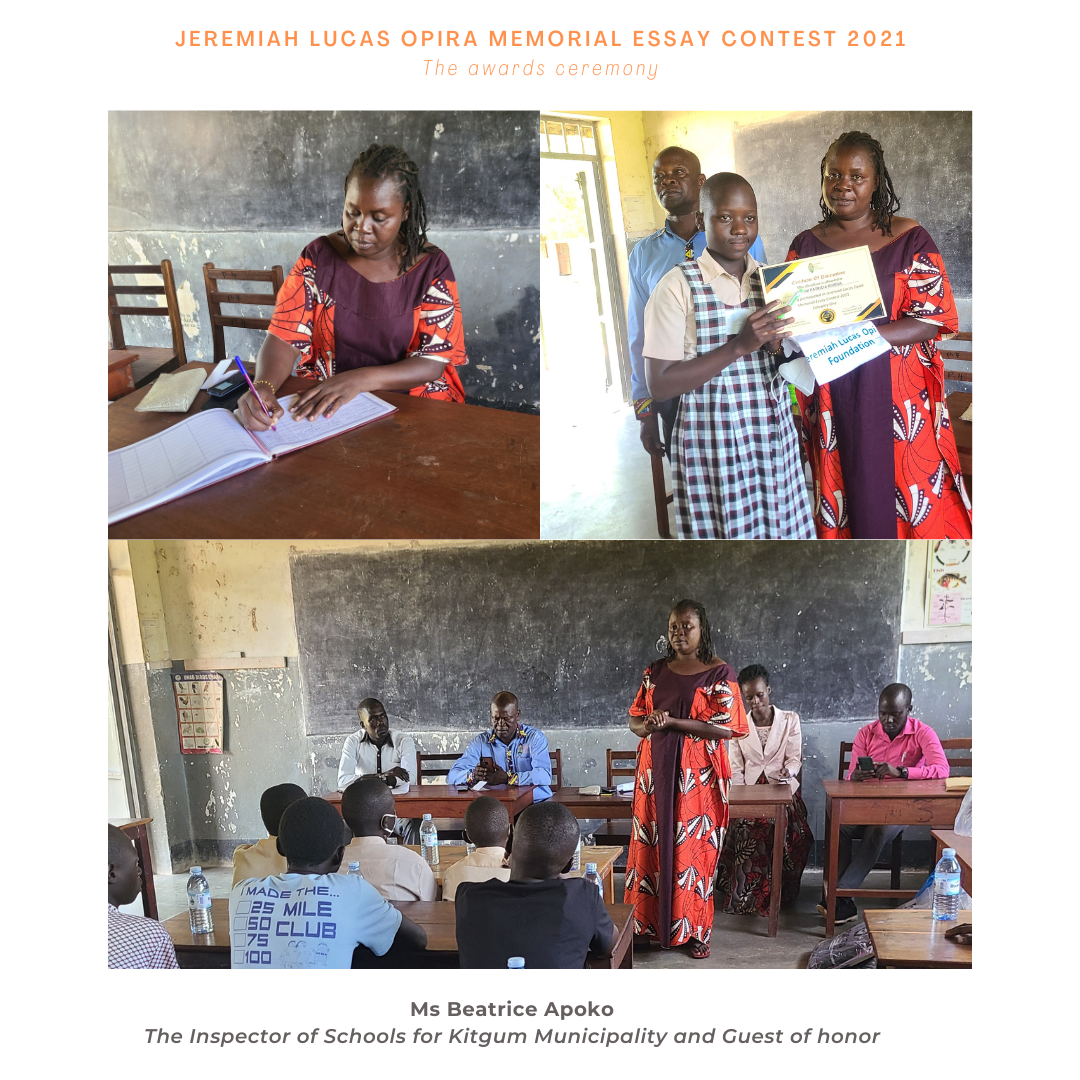 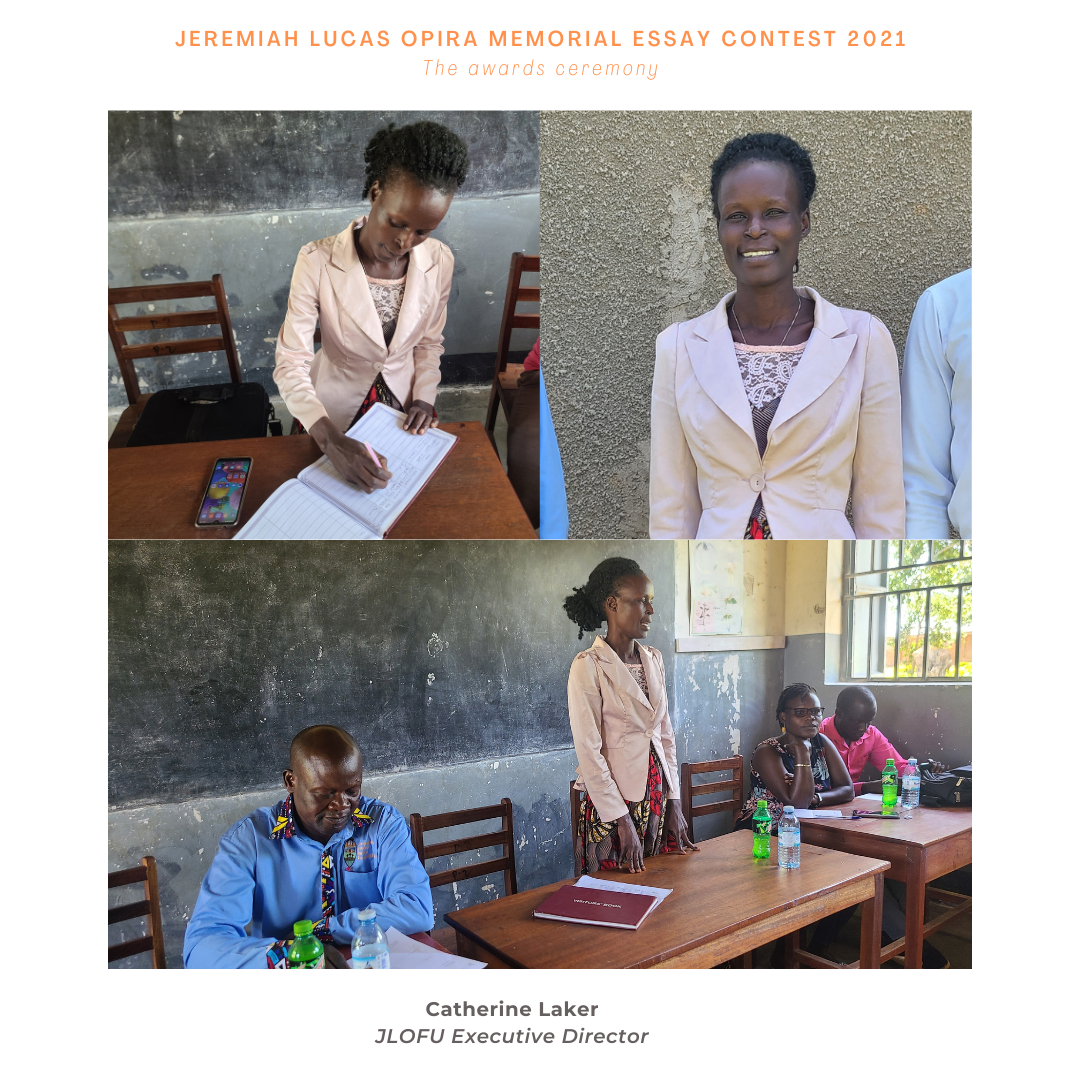 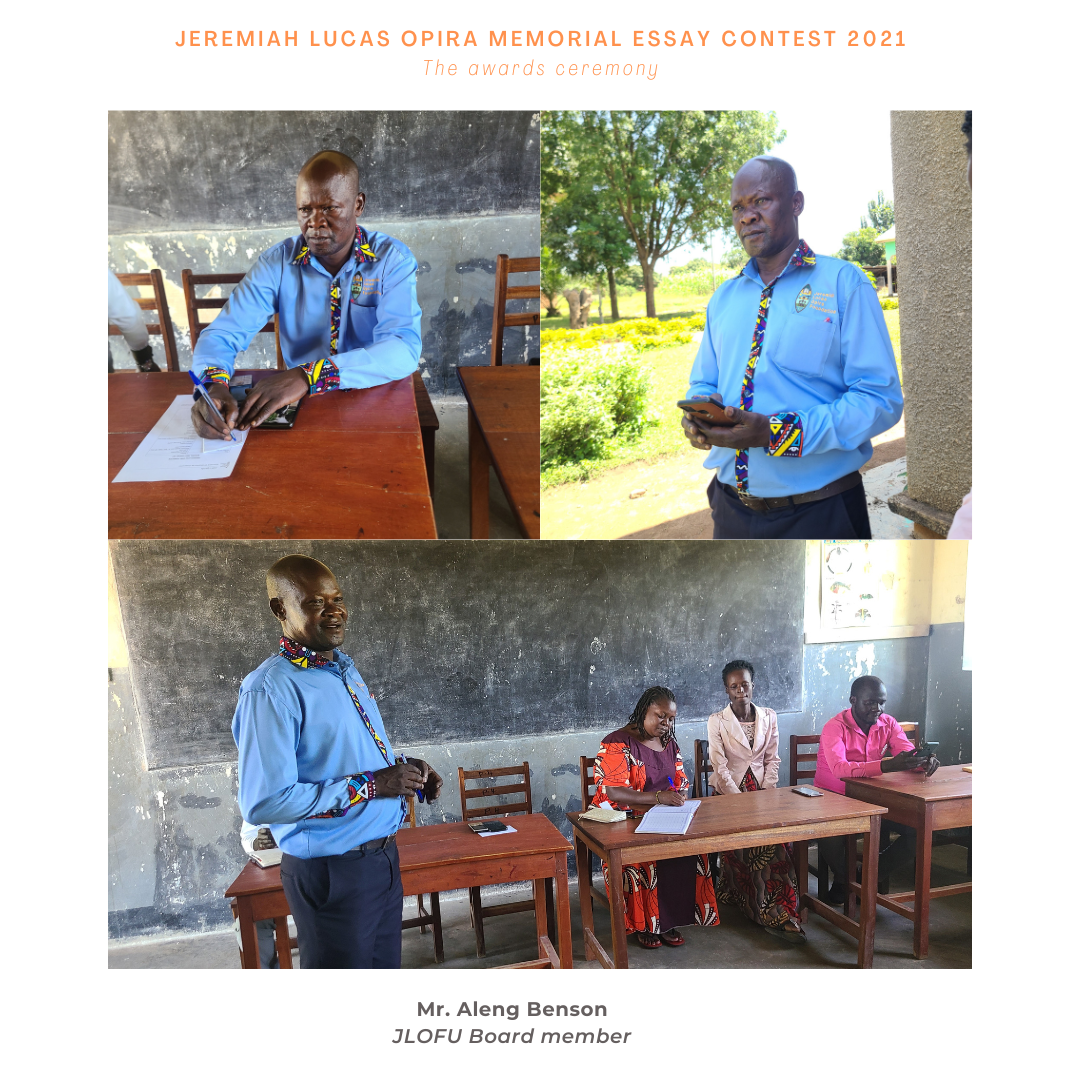 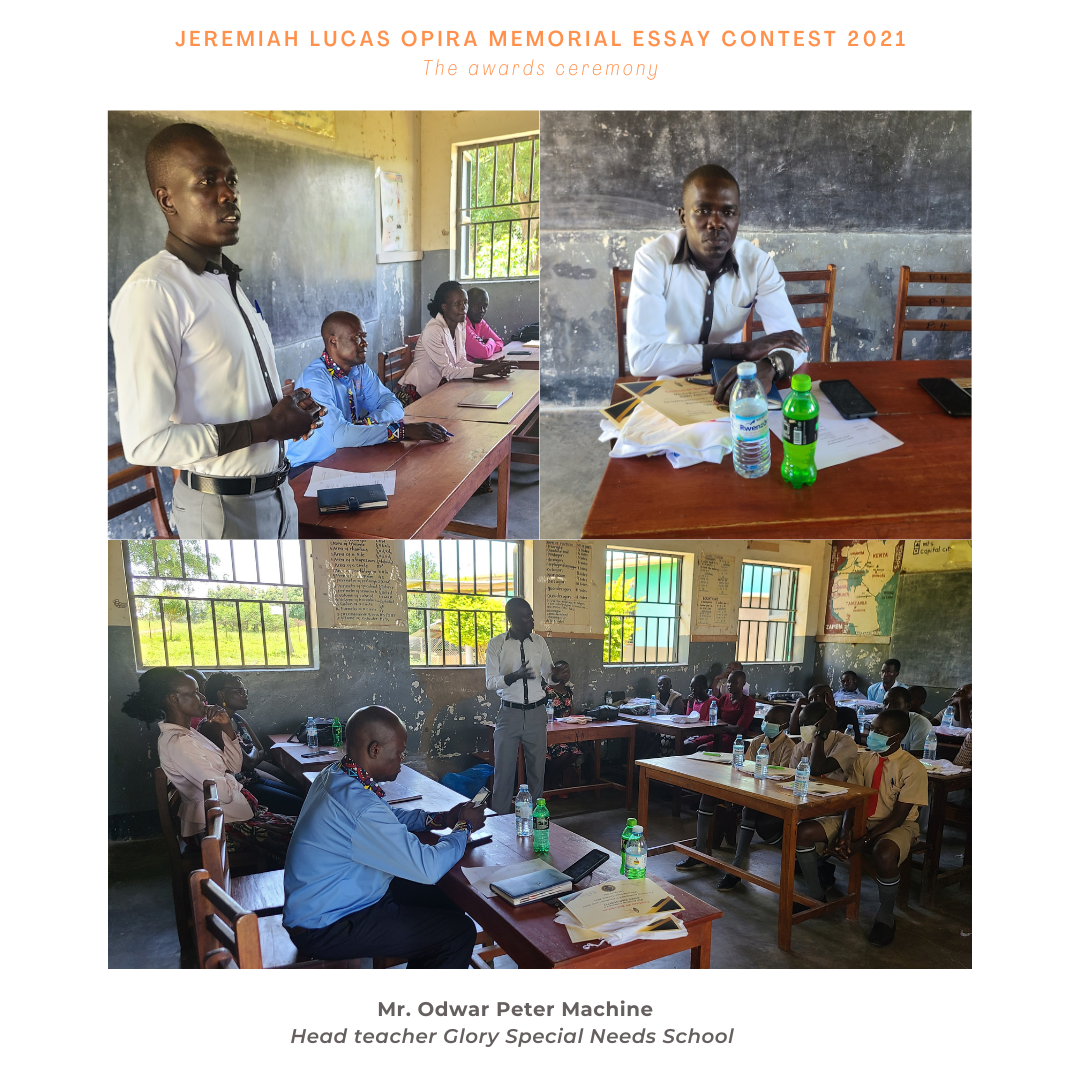 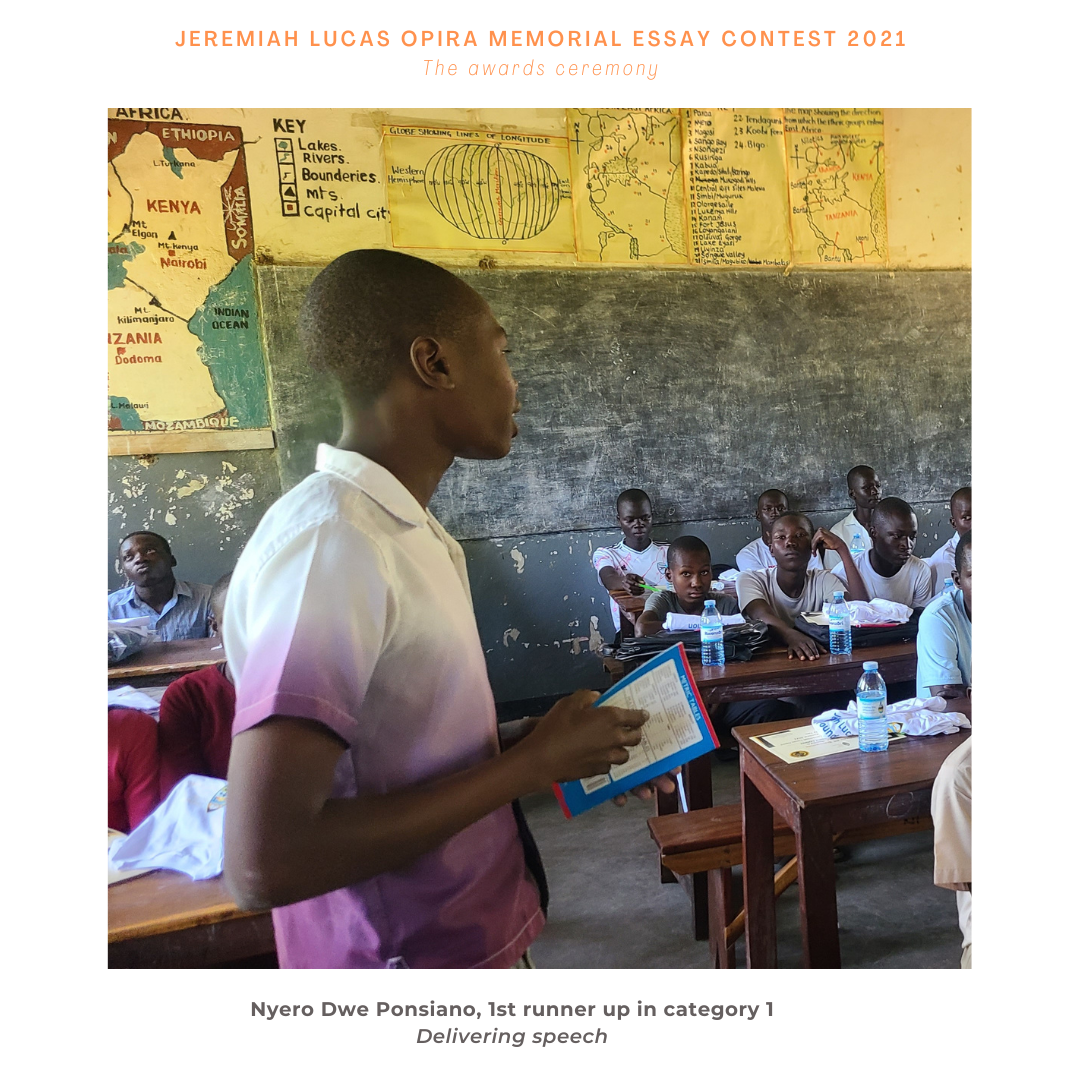 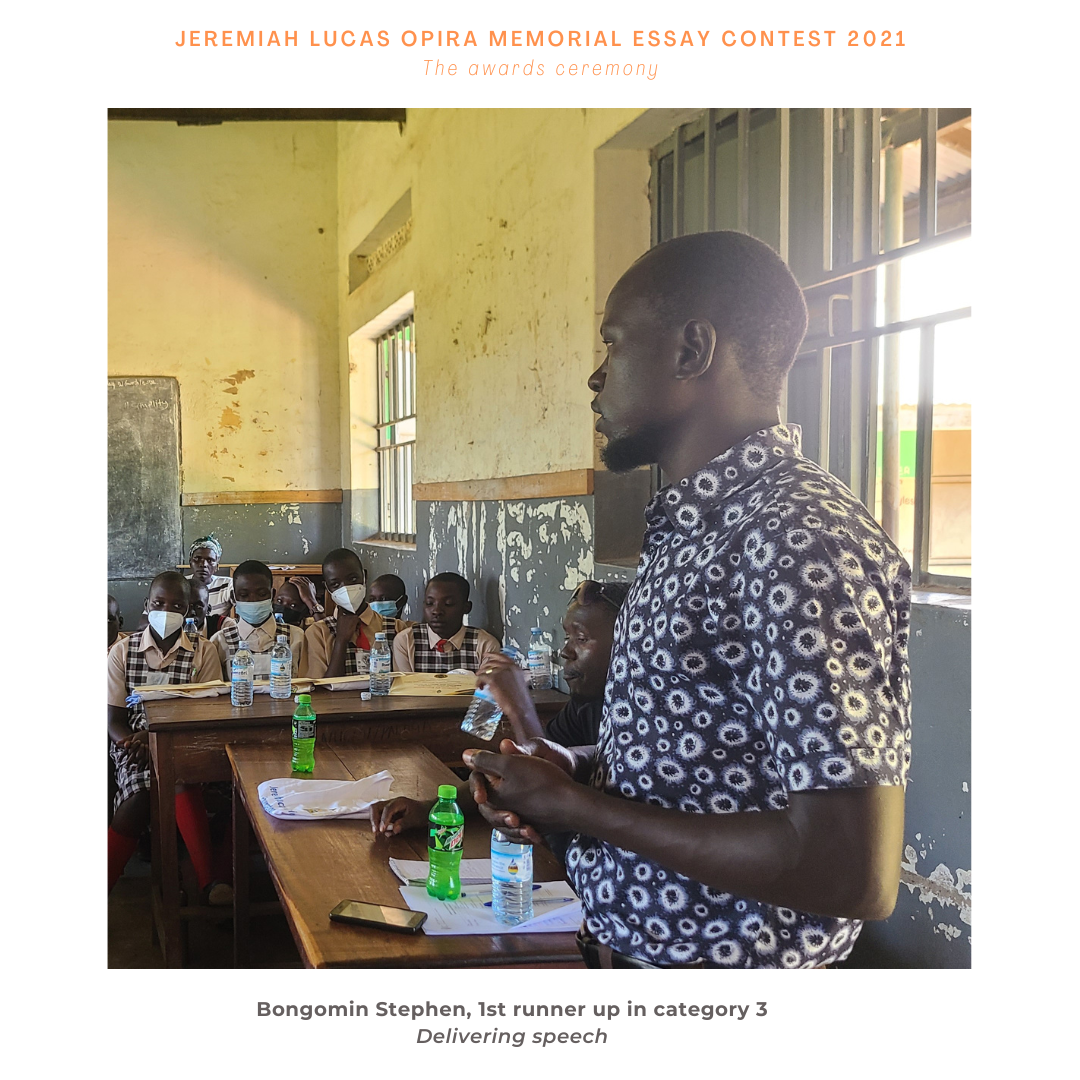 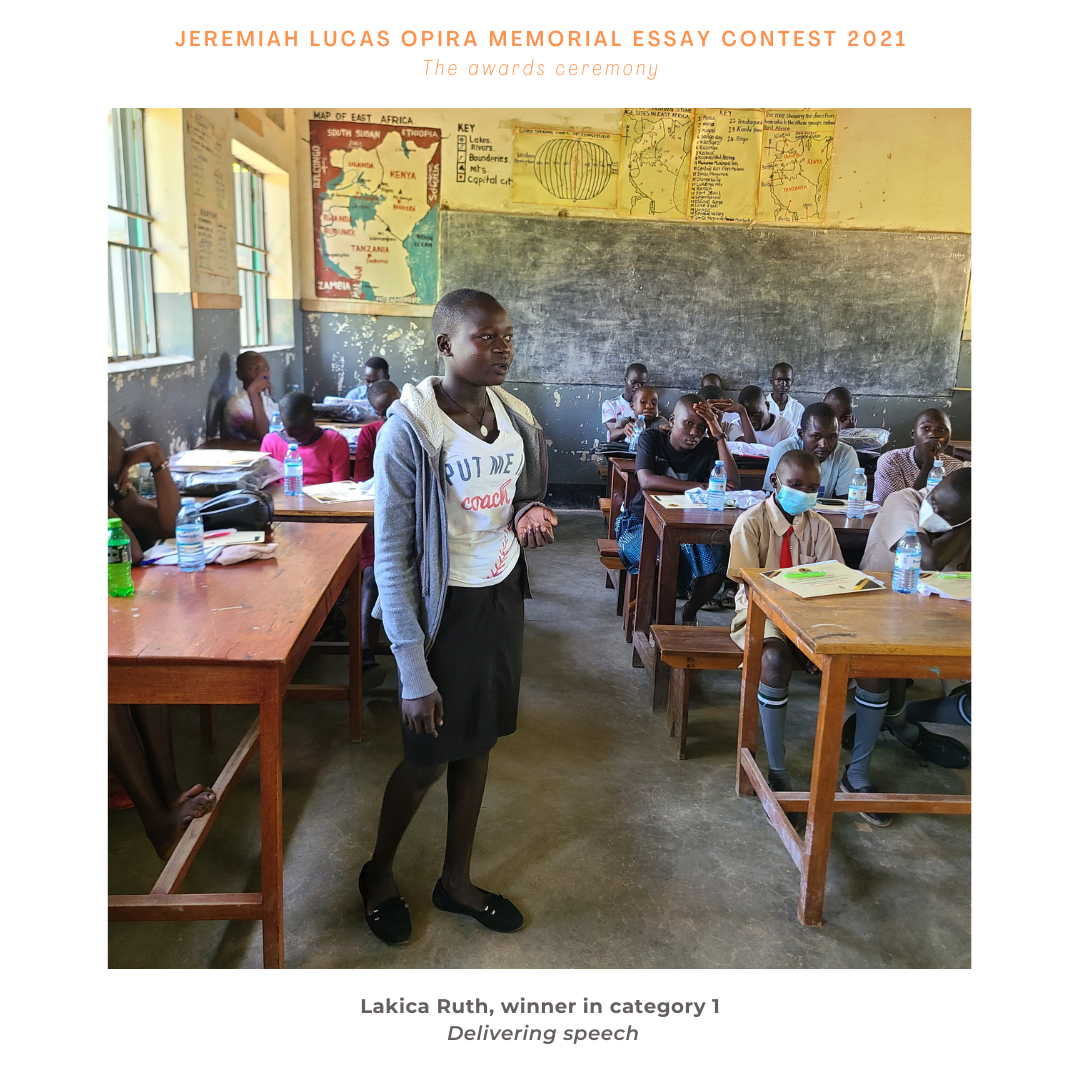 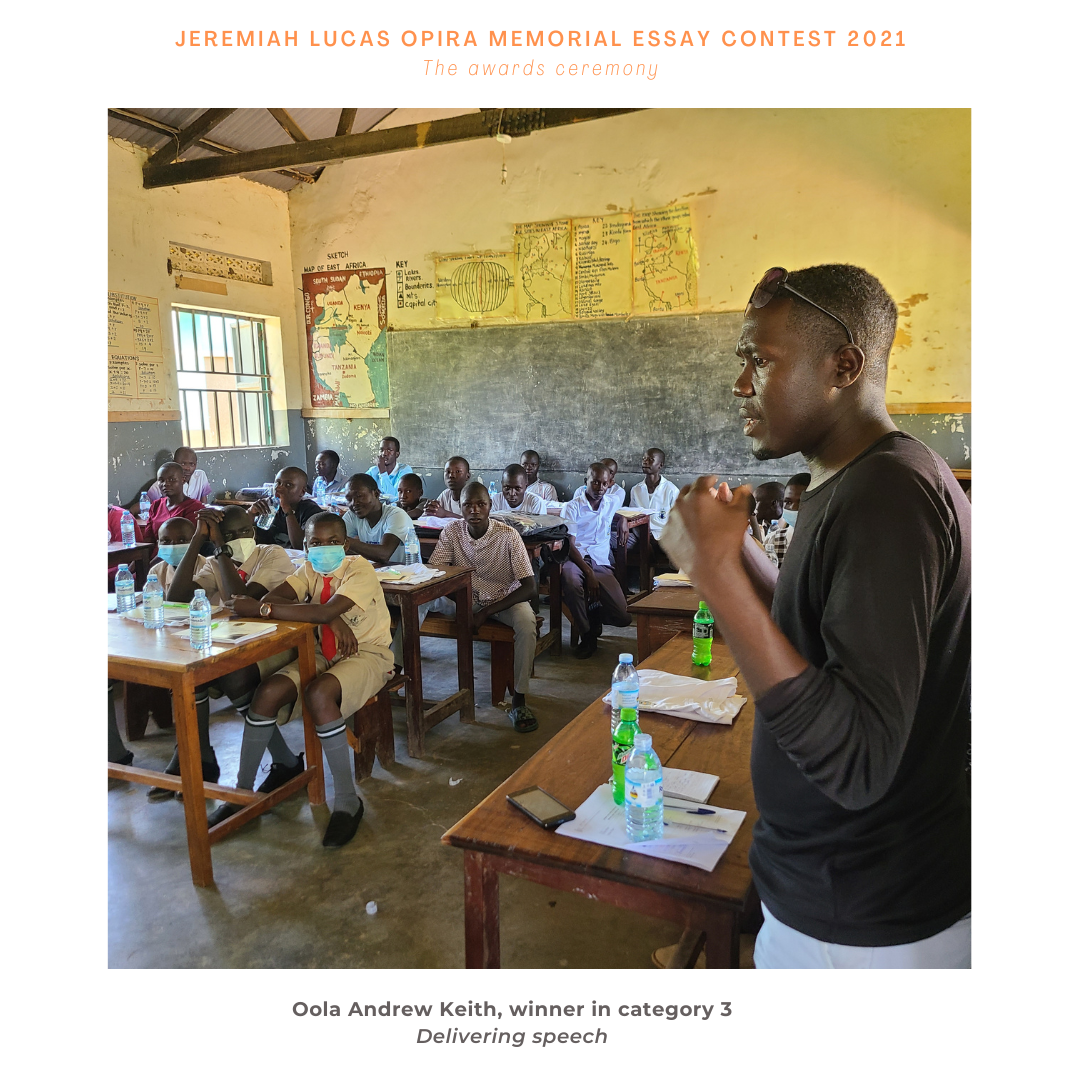 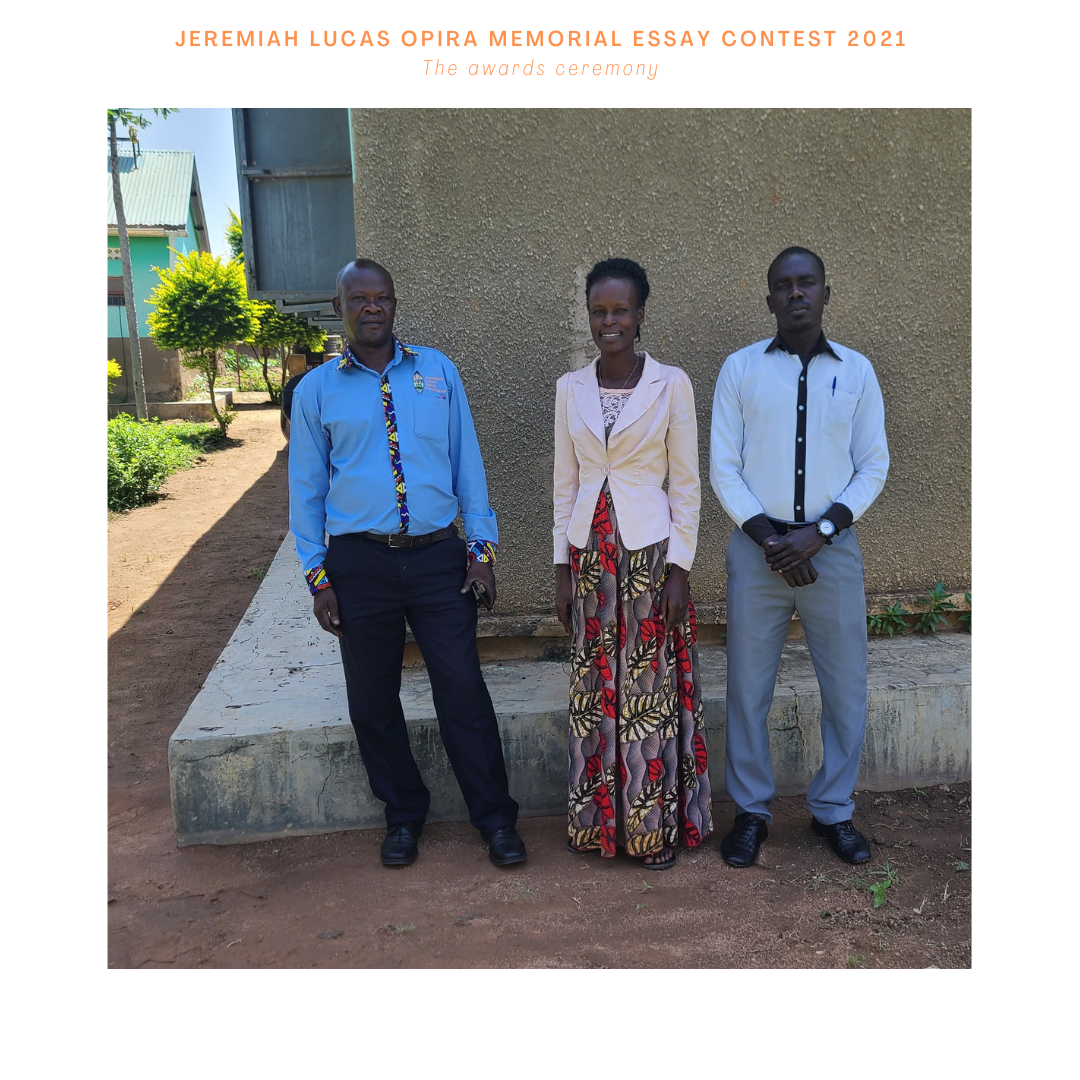 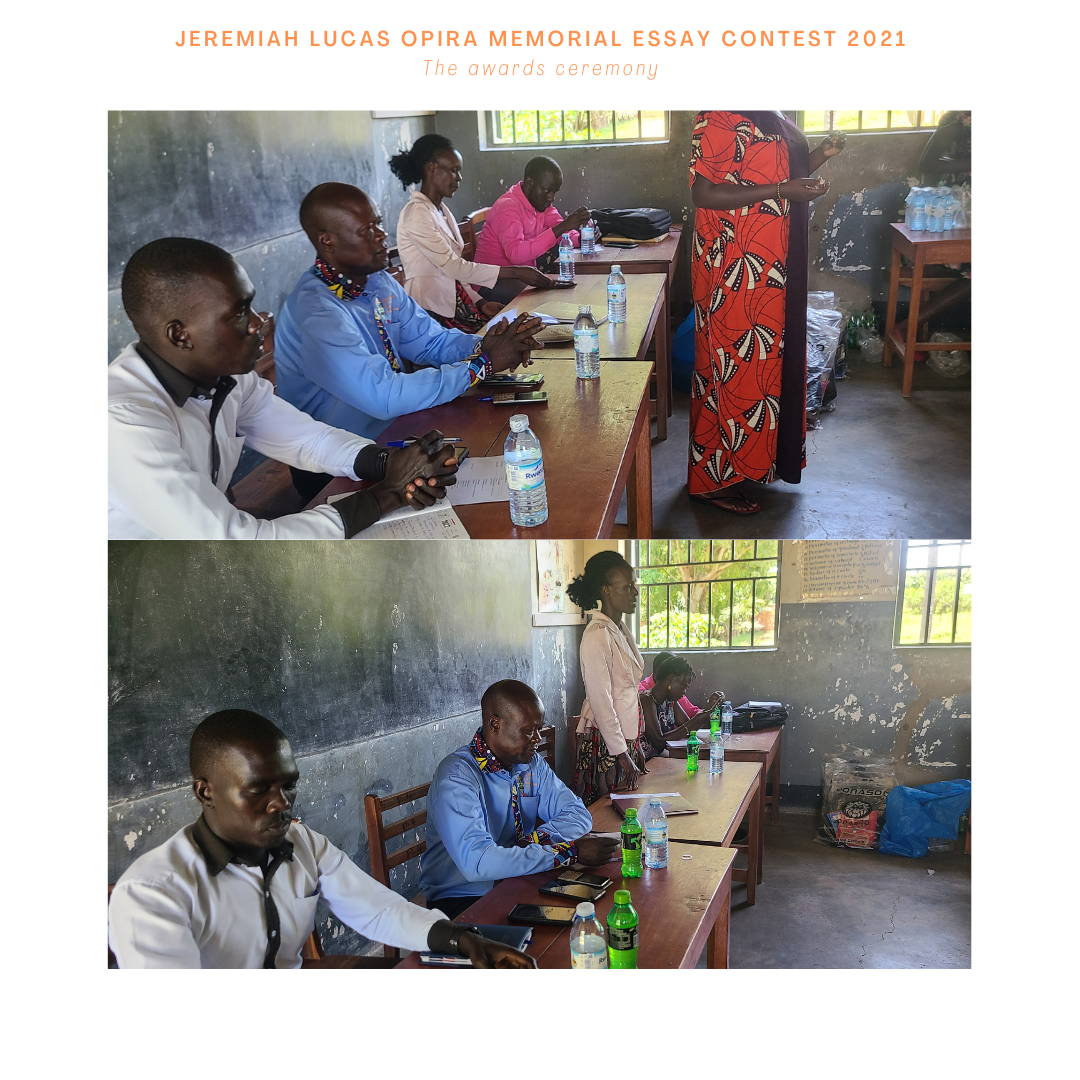 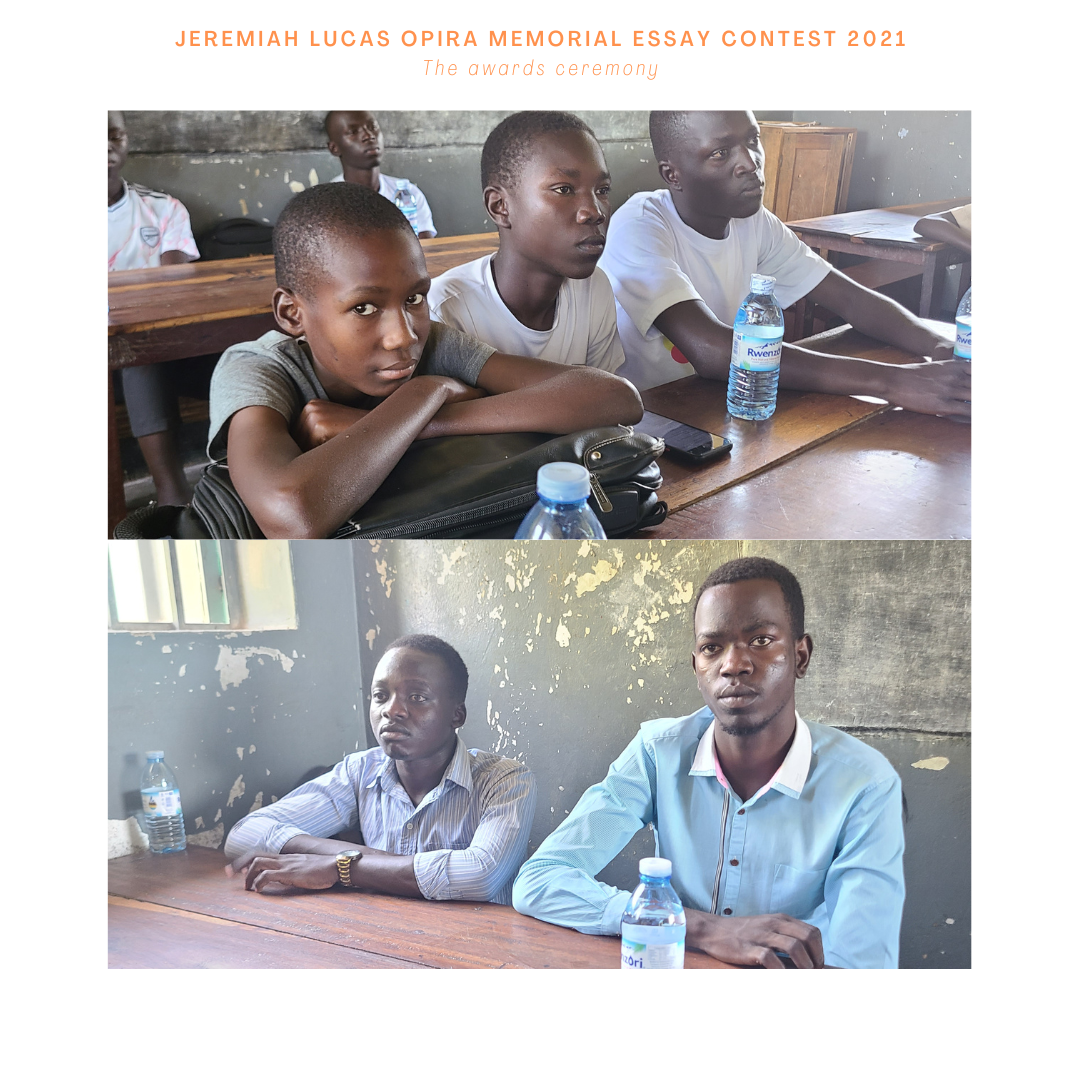 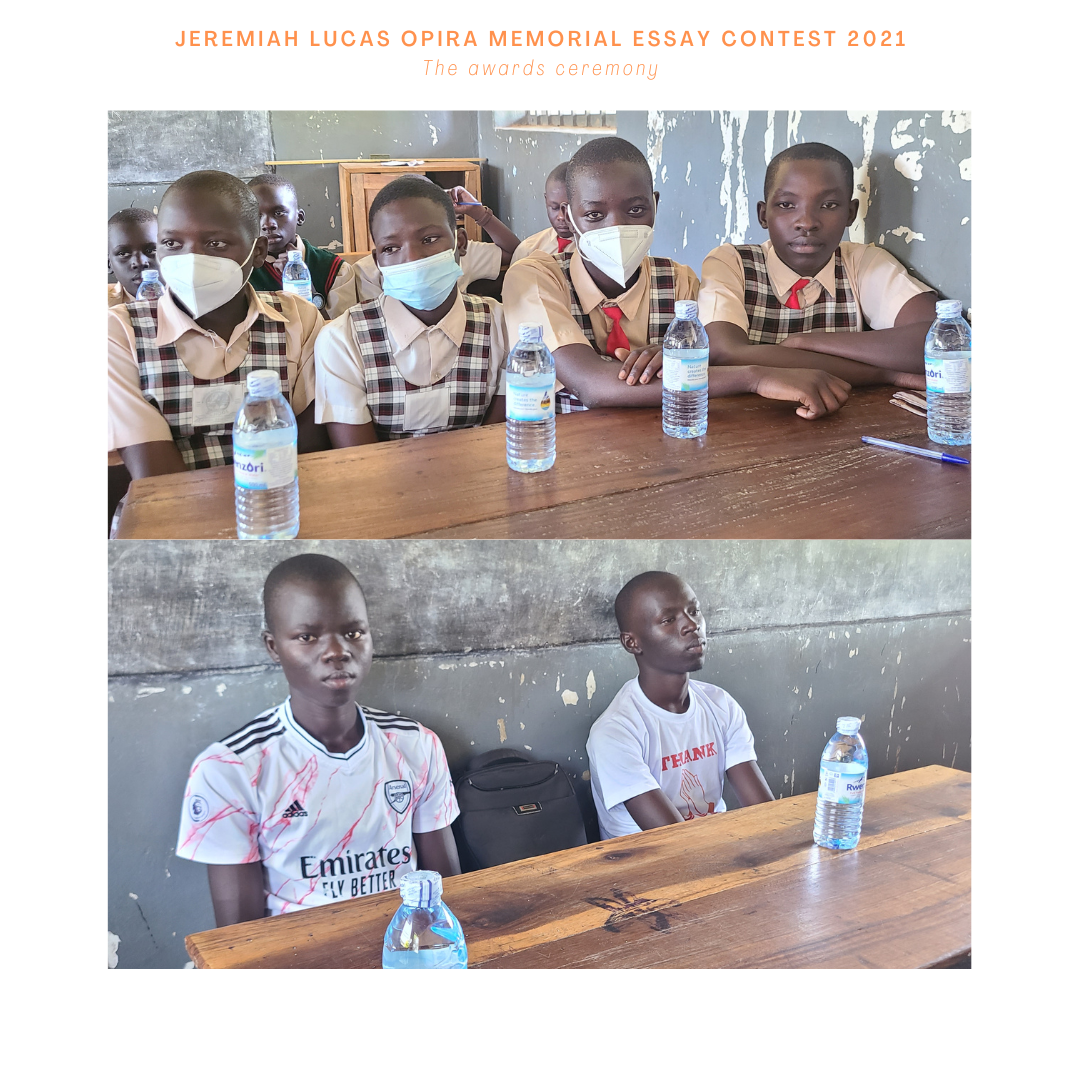 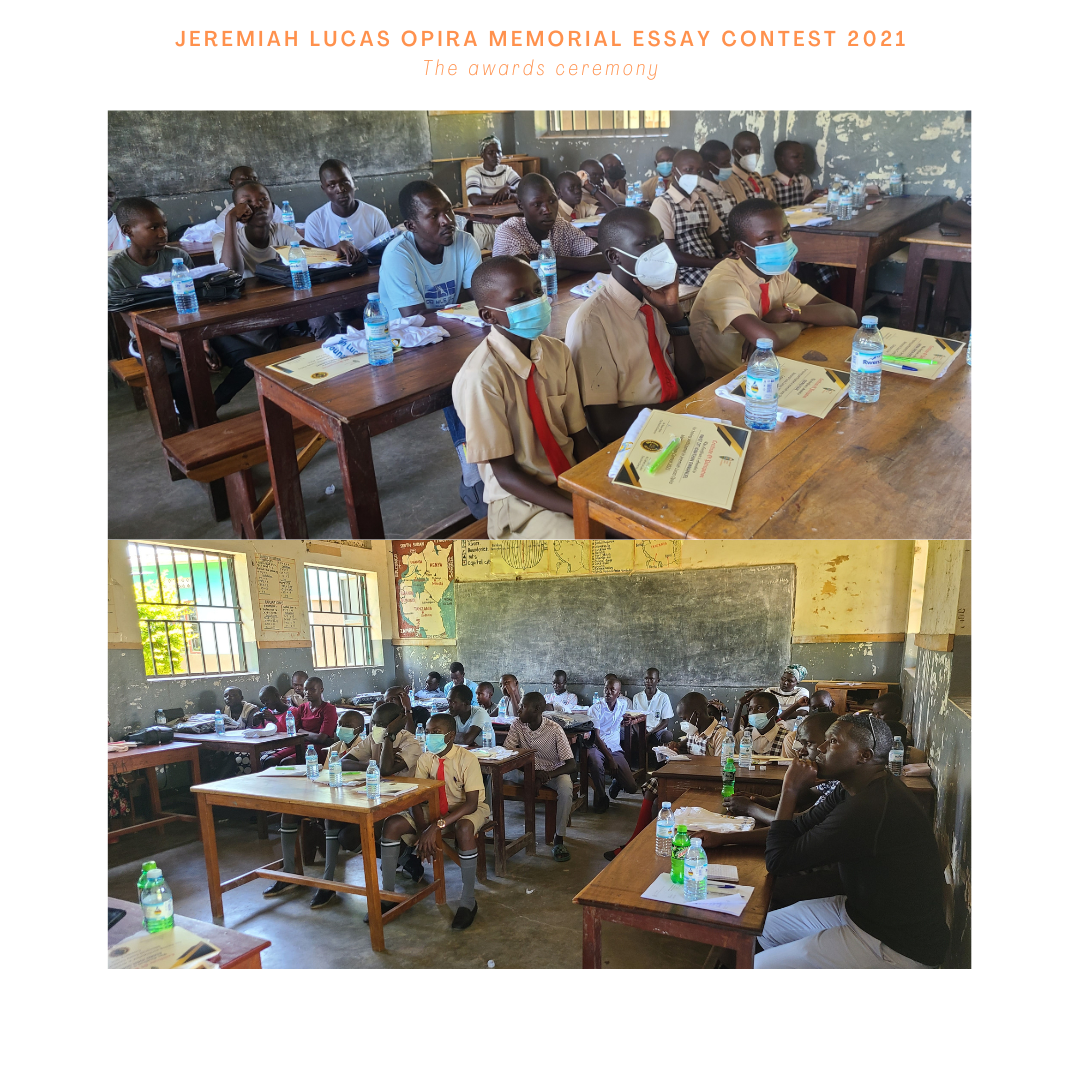 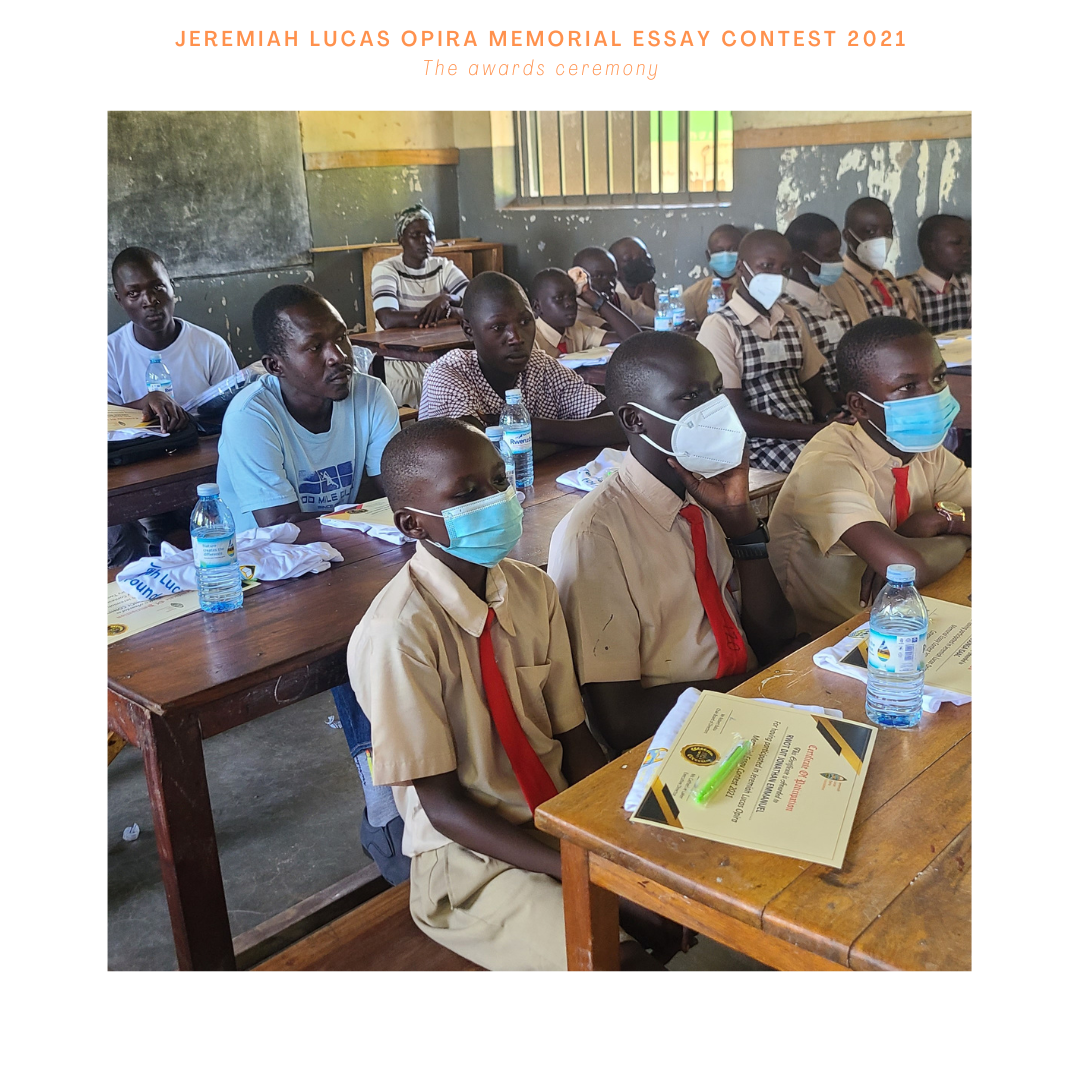 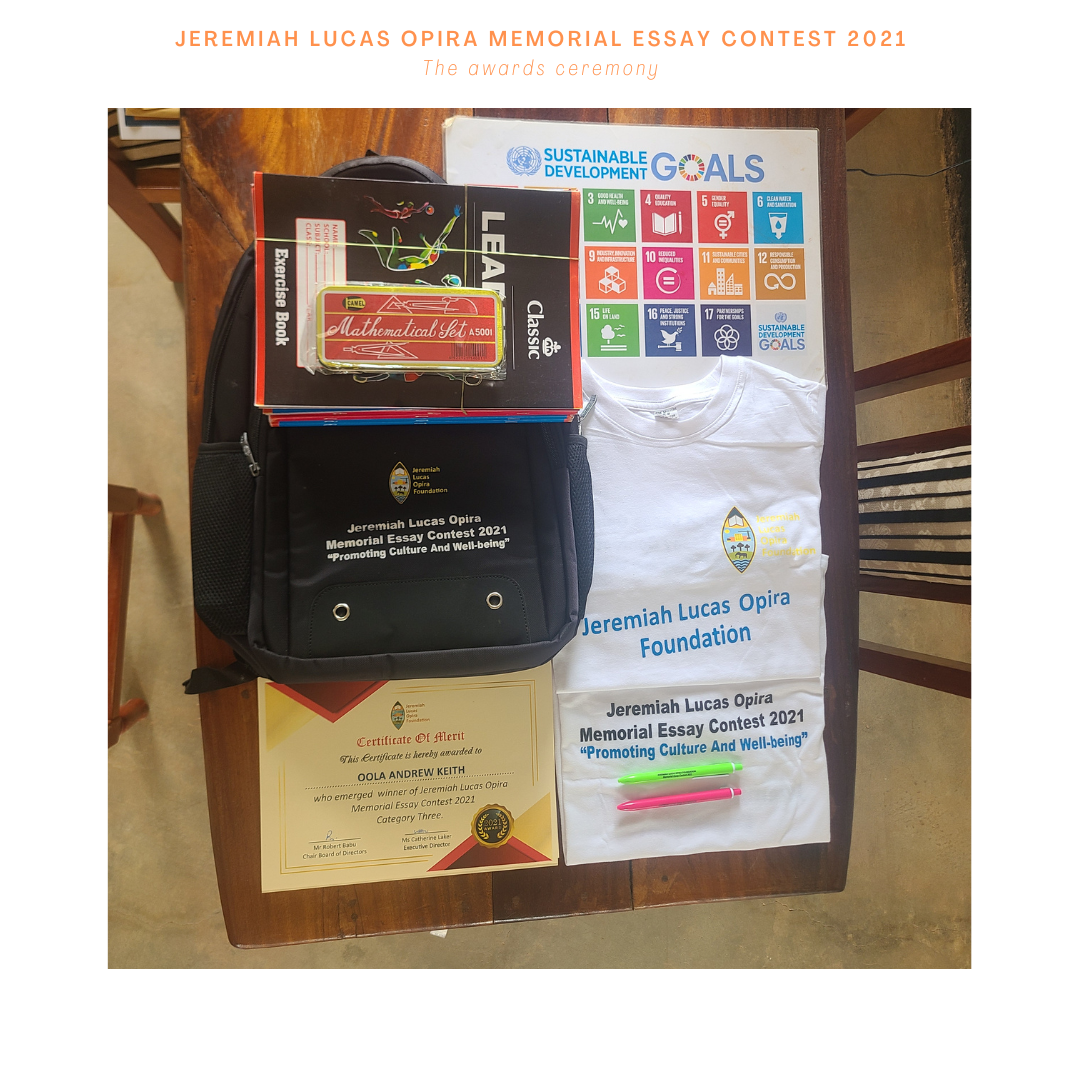 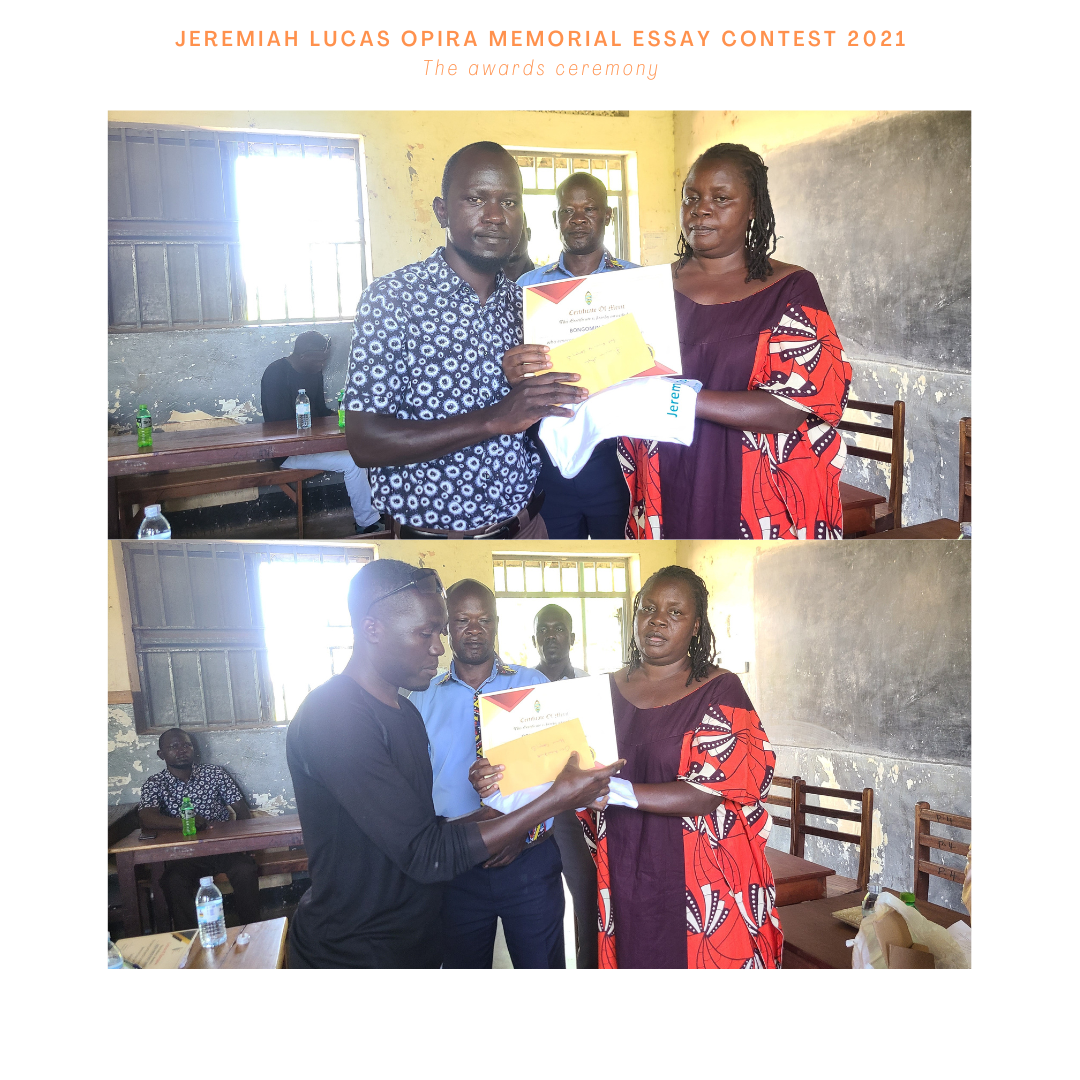 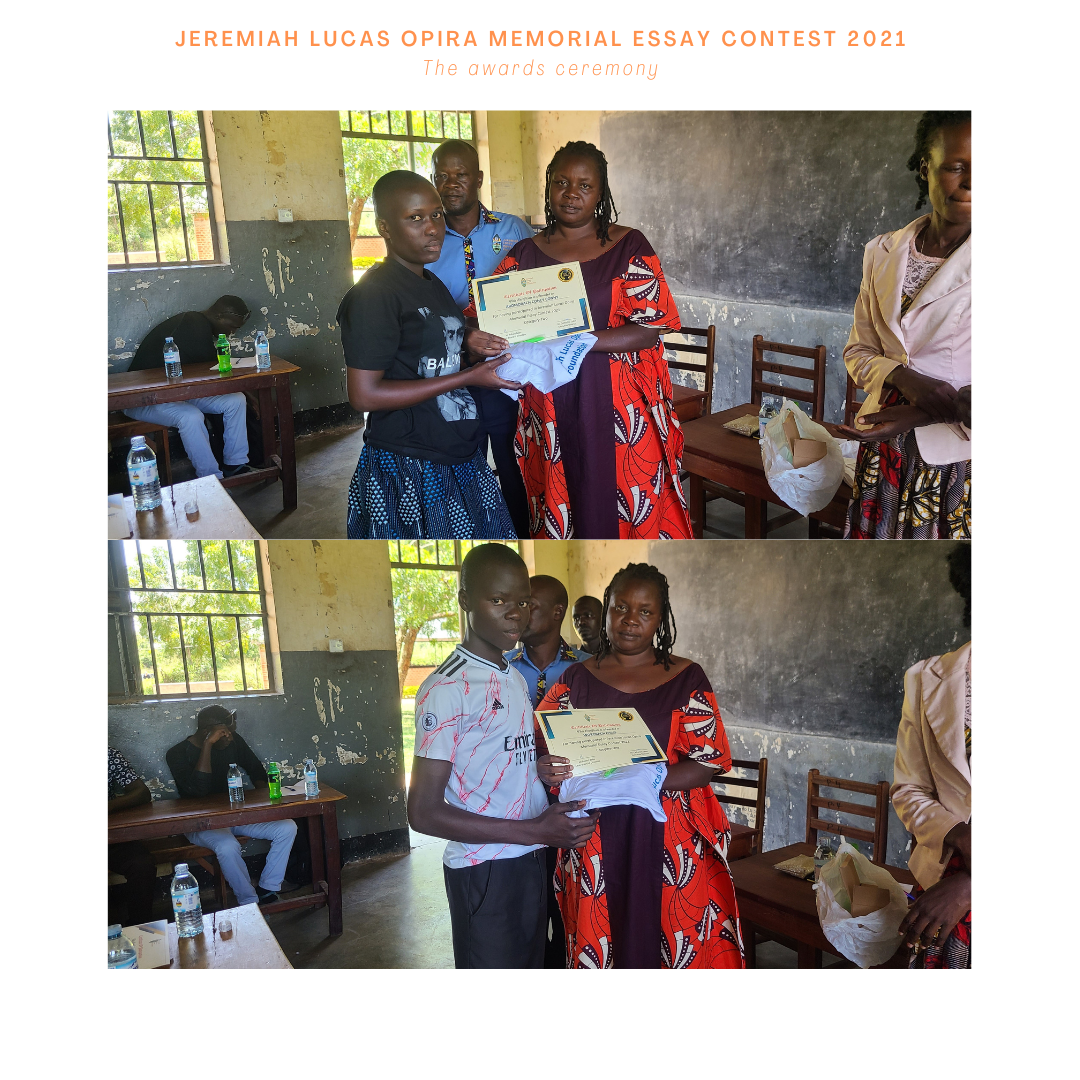 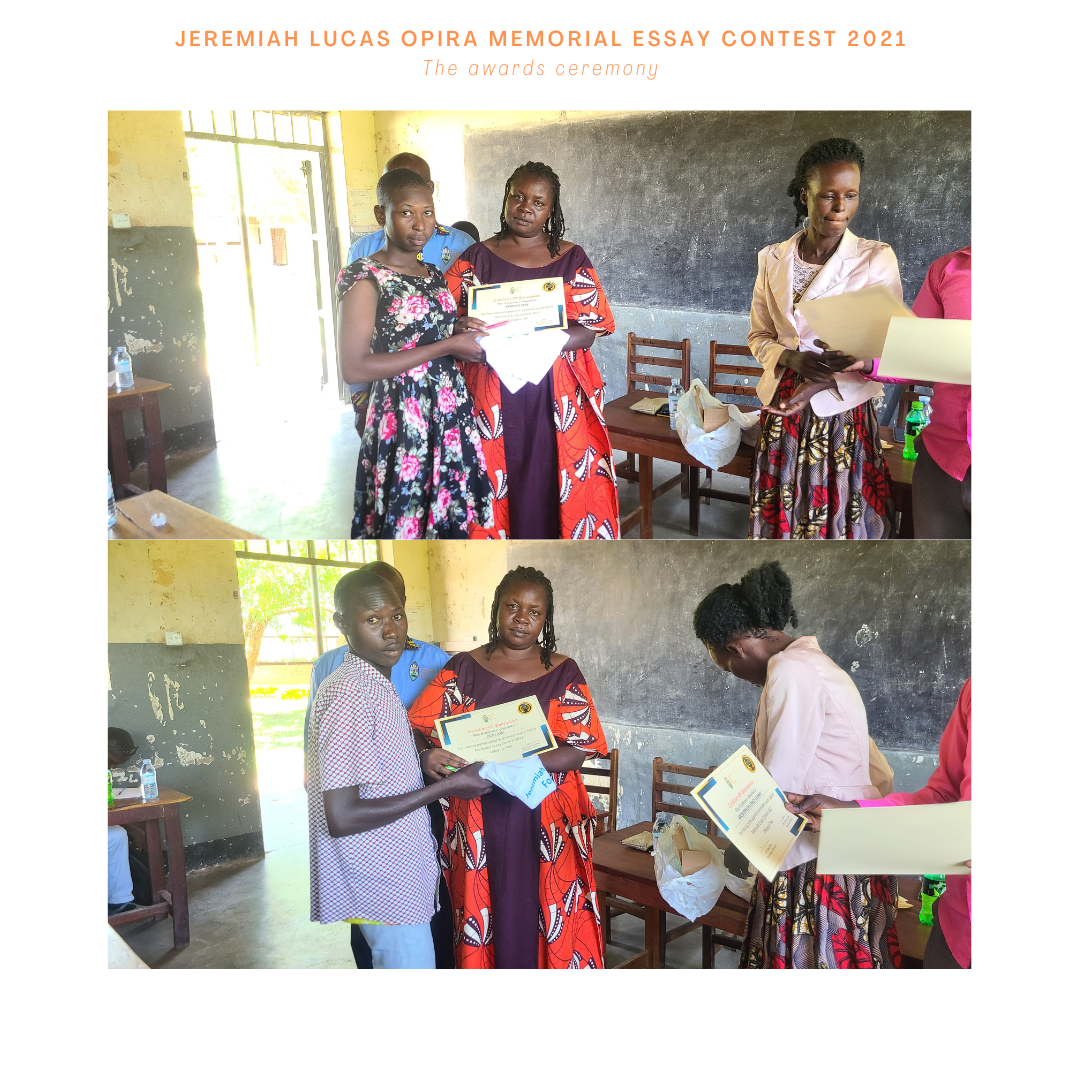 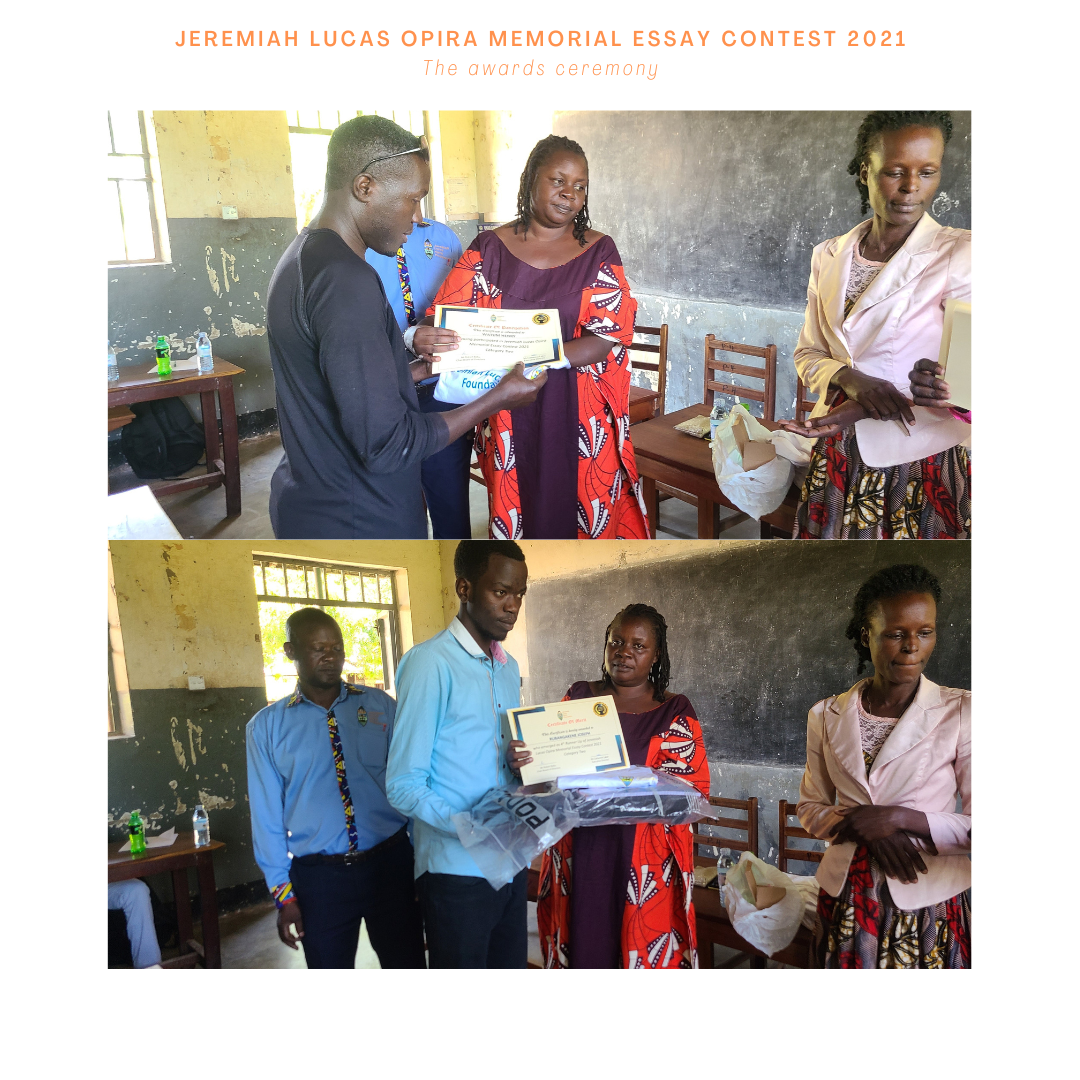 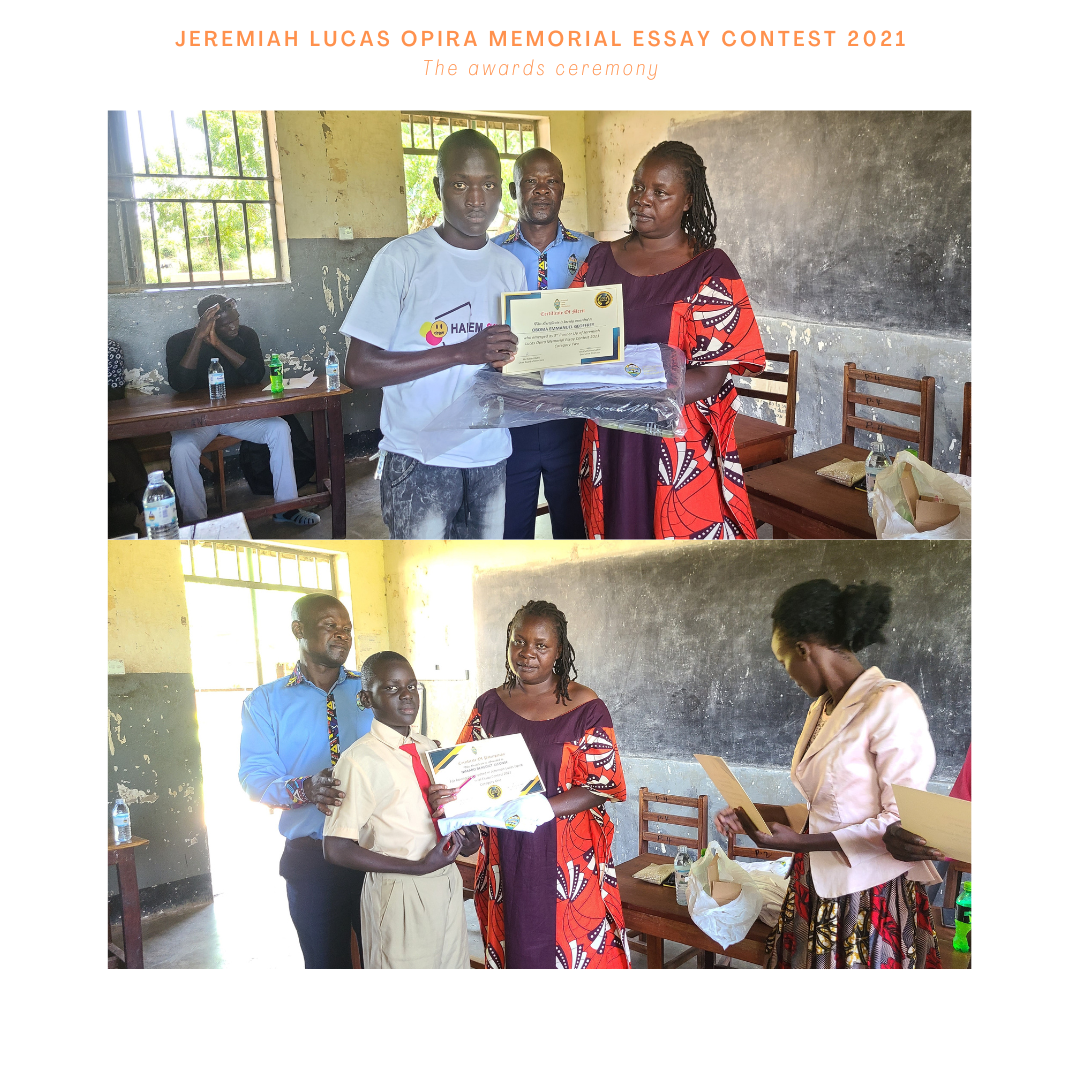 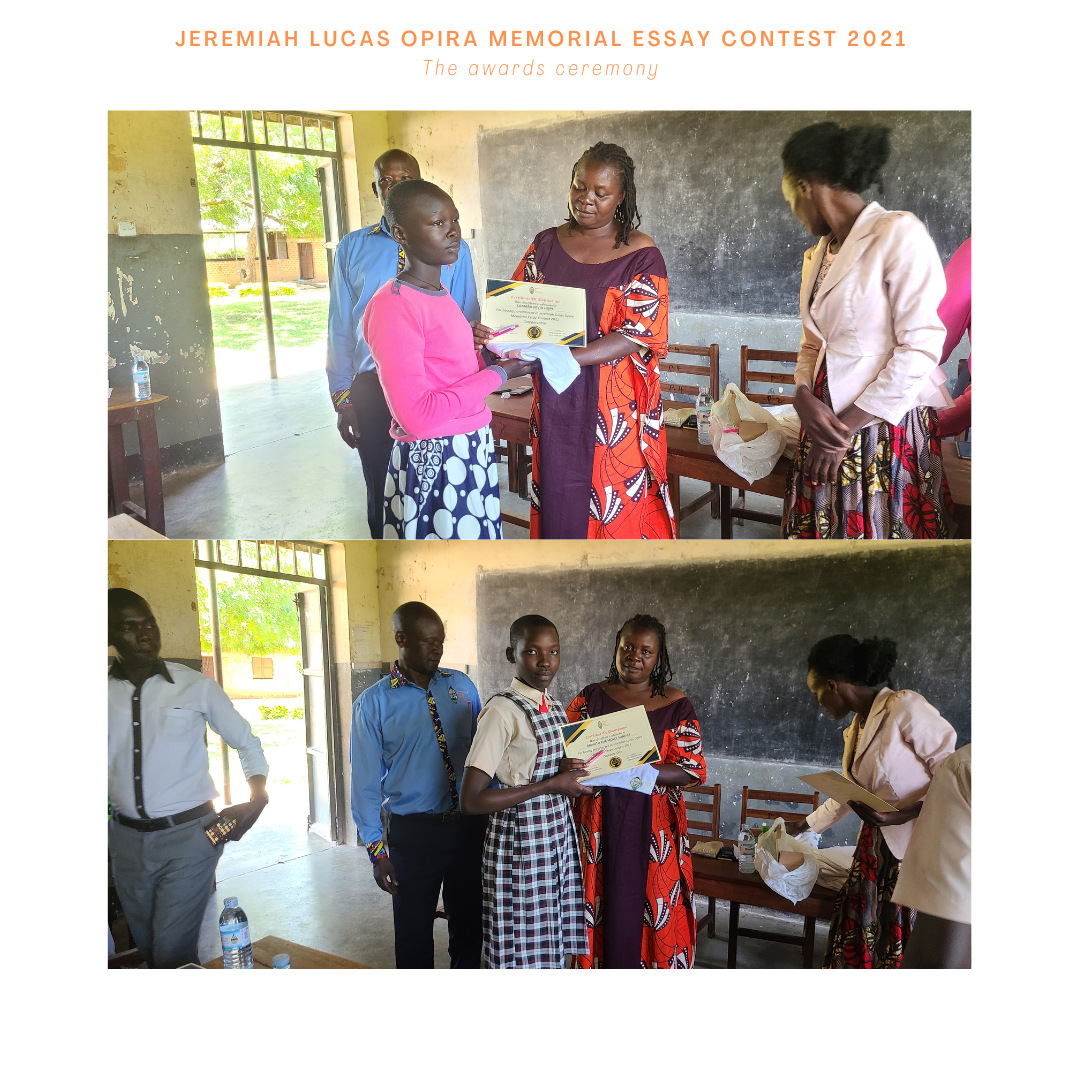 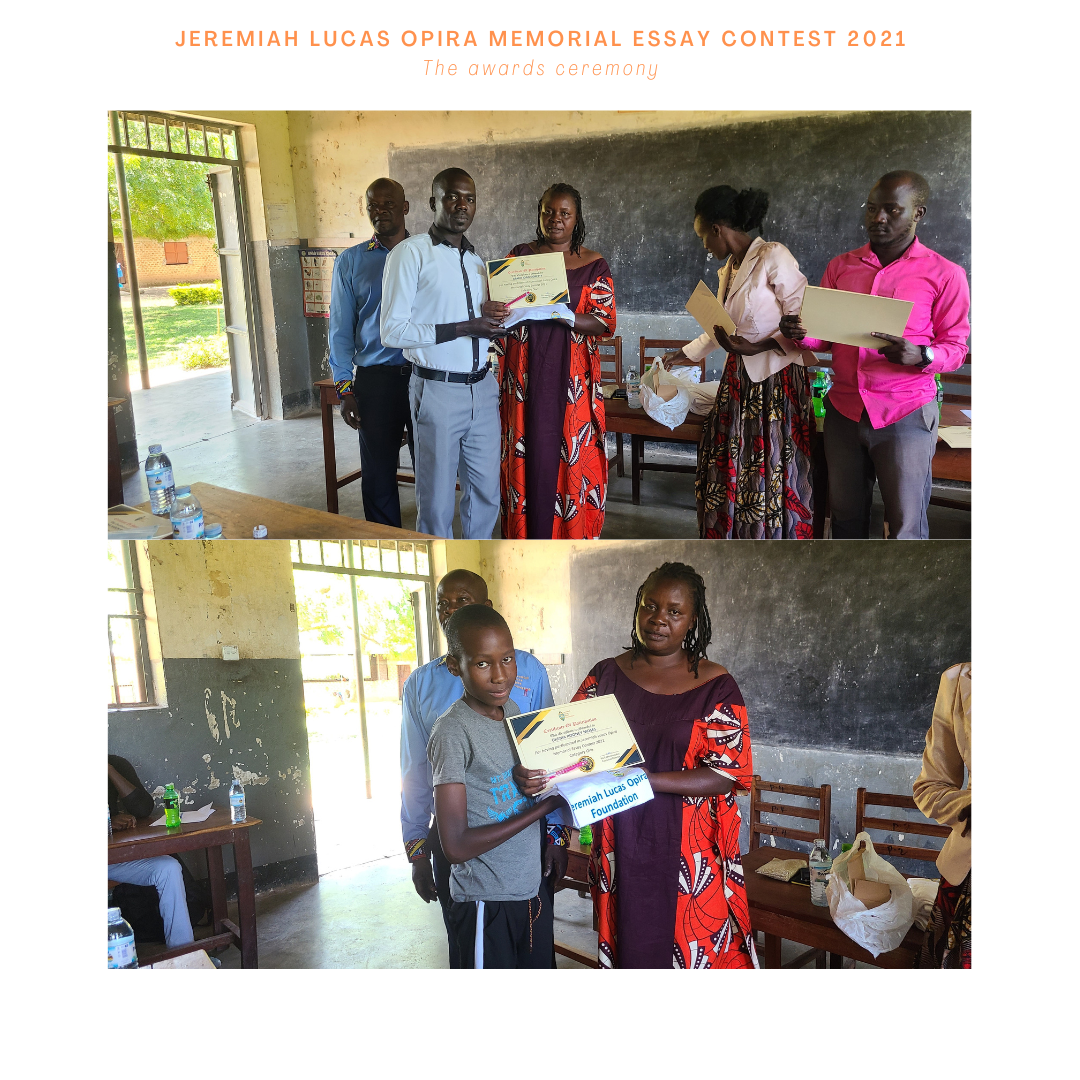